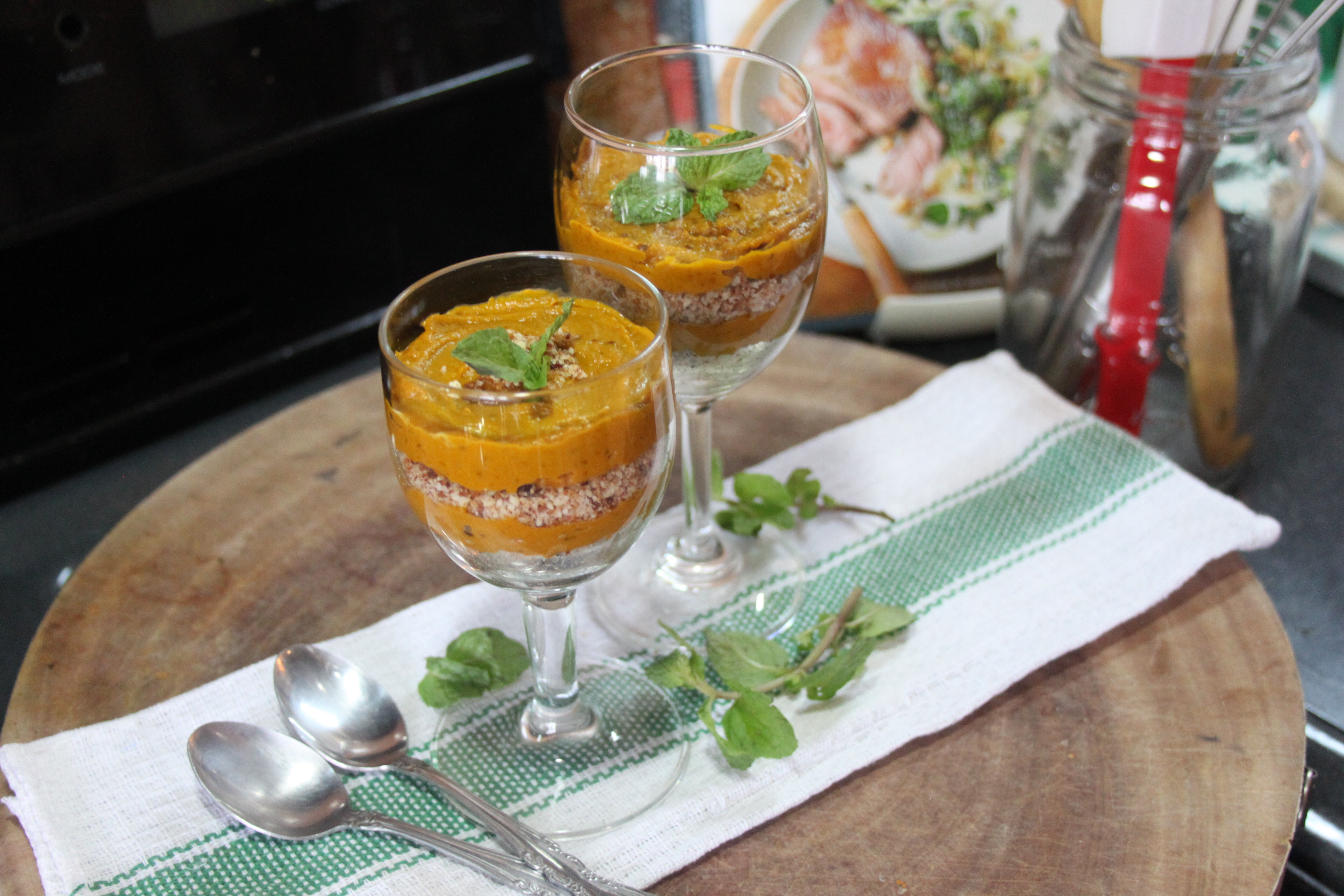 You will soon learn that most of my cooking/baking is impromptu. I often set out to follow a recipe and then just end up winging it, and if I’m lucky it really works out! Which brings me to the Roasted Pumpkin Pudding I made for date night dessert tonight. The husband loved it and I hope you will too!

First I chopped pumpkin into bite sized pieces, drizzled them with coconut oil and roasted them in the oven until soft and caramelized…and daaaaaamn it could have been a dessert just like that! But I chose to press on, placed the roasted pumpkin into the food processor and processed until pureed. 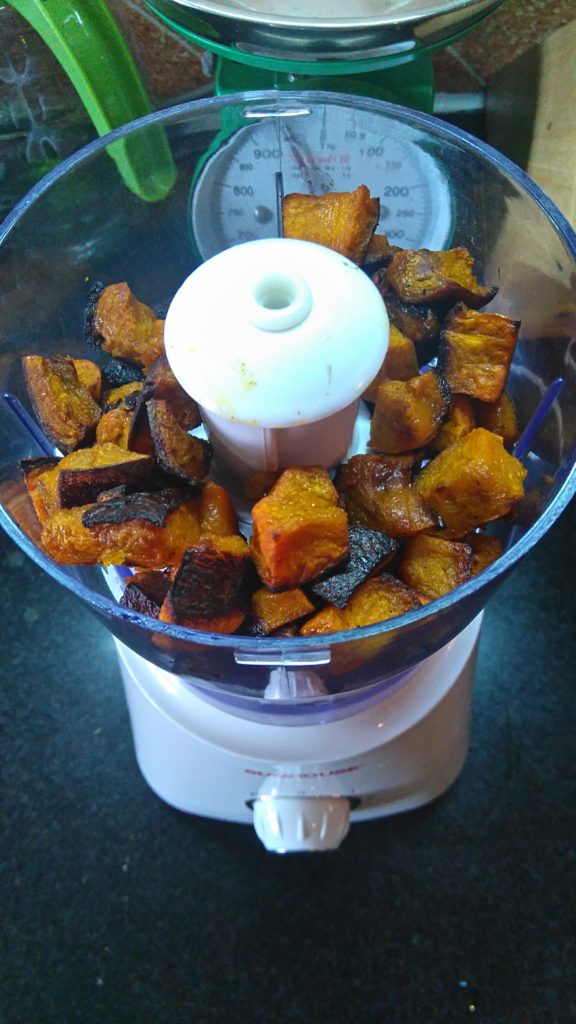 In a bowl I added the pumpkin puree to coconut cream, honey, cinnamon and coconut oil. Again, this could have been sufficient for a dessert on it’s own, but NO, I must overachieve.

I left this pudding mixture aside and moved on to the crumble which consisted of almonds, dates, desiccated coconut, coconut oil and mixed spice. This went into the food processor and processed until fine and clumping. 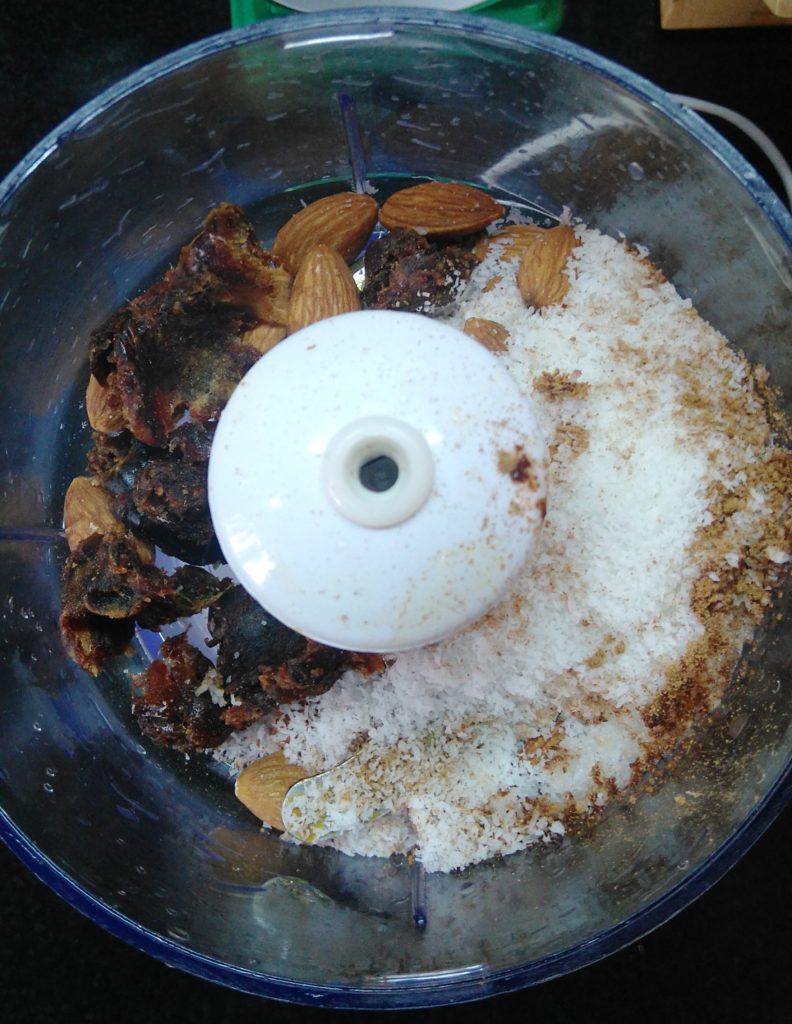 Now for the exciting part – putting it all together! At first I was going to press the crumble into a tart dish as the base and then top with the pumpkin mixture but I changed my mind last minute and decided to layer it in wine glasses. In went a layer of nut and date crumble, then a layer of pumpkin mixture, followed by another layer of nut and date crumble and finally topped with a final layer of pumpkin. I also garnished with some leftover nut and date crumble and a few mint leaves for aesthetic purposes. This went in the fridge to chill for a couple hours and when it came out it was perfect! The pudding turned out to be a thick mousse like consistency and the crumble complimented this so well with some extra crunch!

For more delicious dessert recipes, check out the links below: