Trimester 1 Update (part 1): How We Broke the News 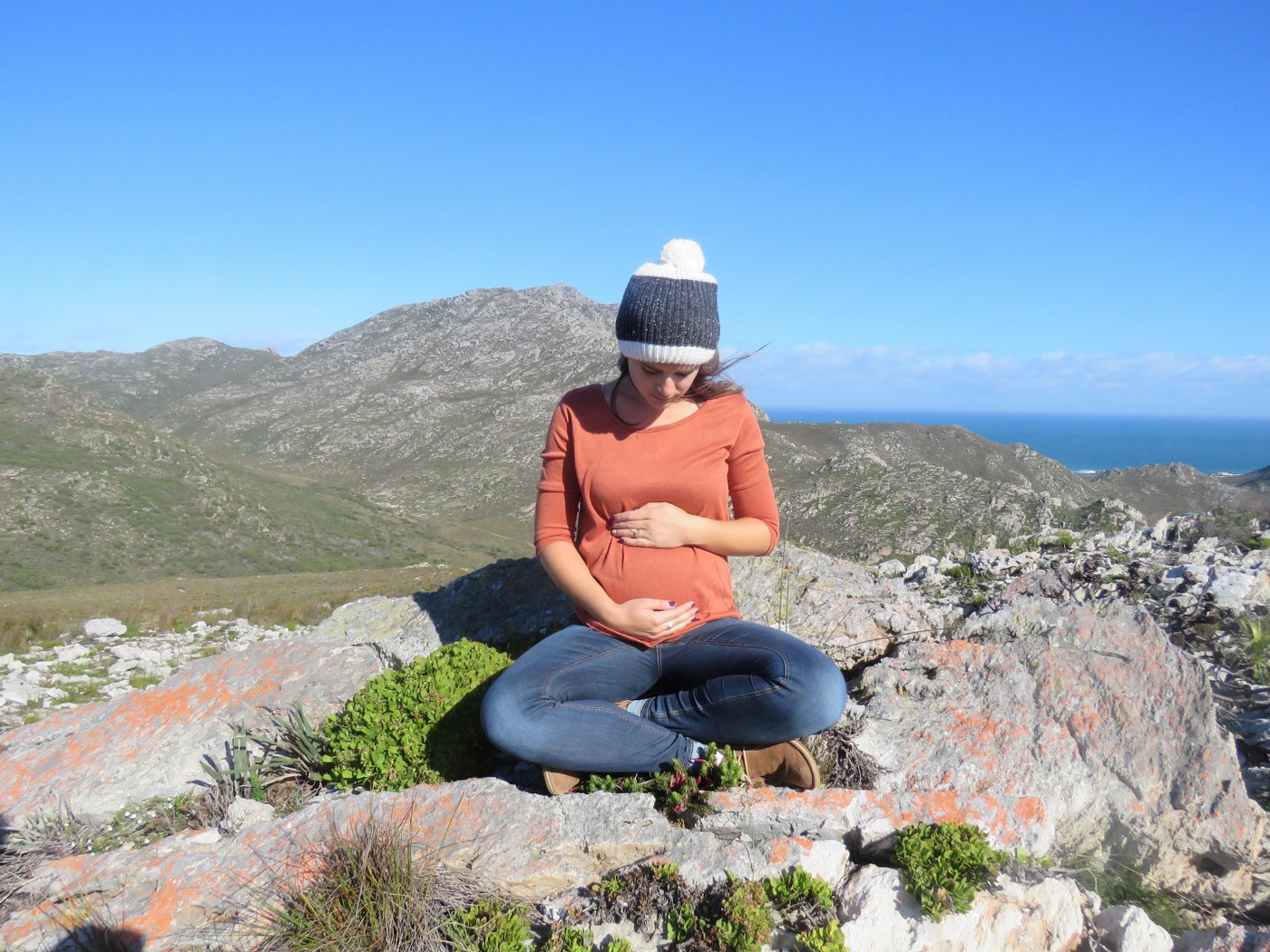 If you follow me on this blog, you know it’s been a while since I’ve uploaded a post. It might have had something to do with the fact that I’m pregnant! Getting through my first trimester was tough and everything became a little bit more of a struggle. It took a lot to just get through the day focused on not throwing up and checking things off my to do list. I decided to put my blog on hold during that period. I am now 20 weeks pregnant which is halfway through! And to celebrate, I thought I’d share with you some of what it has been like. Let’s start at the beginning…

My husband (Chris) and I decided to start trying for a baby early 2018. We were both under the impression that it might take a while to fall pregnant, and so we thought we would have plenty of time to ready ourselves during the process. You can imagine our surprise and delight when we were successful on the first try.

I waited one week after my missed period before testing, after all, I had had missed and late periods in the past. But in that week of waiting I couldn’t help but notice some bodily changes. Writing this off as being overly sensitive and hopeful, I ignored these symptoms the best I could (sit tight for part 2 for all the symptoms I experienced right after conception). The two week mark (which felt like two years) finally swung around and I bought two pregnancy tests. I decided to take it the next morning as suggested. 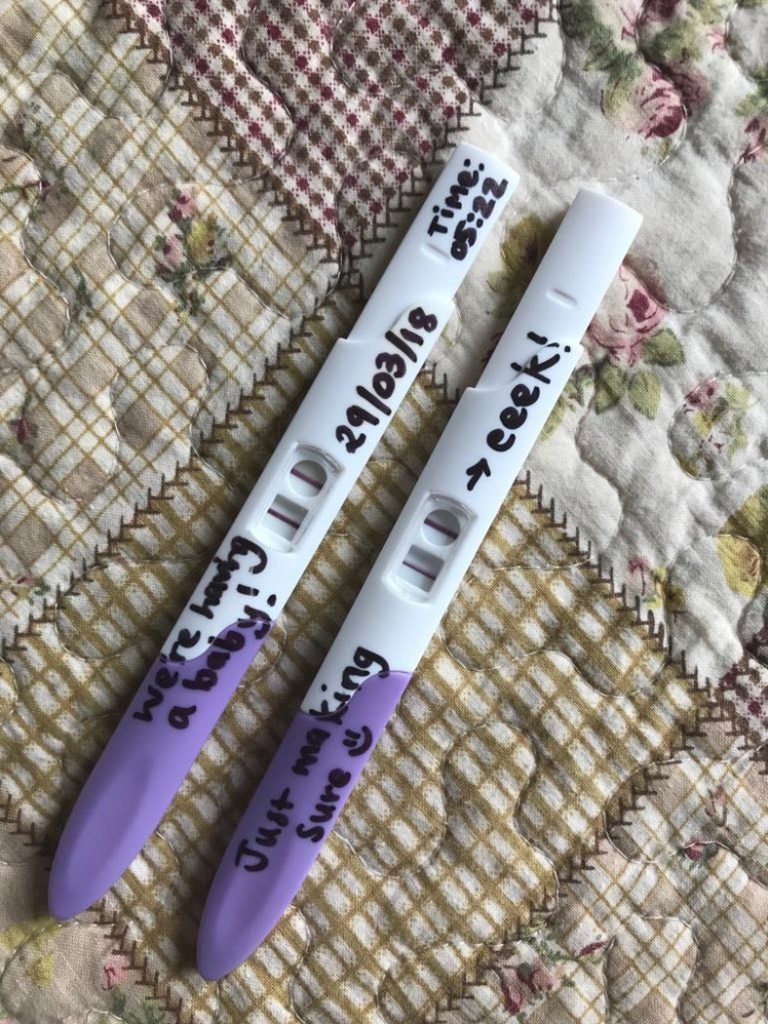 On the 29th of March 2018 Chris woke up at 5am to fit in some stationary cycling training before work and I woke up needing to pee – perfect. I took the test and it immediately showed up as positive. I was ecstatic. Toying with whether to tell Chris before or after his training, I couldn’t wait and walked through to the lounge where he was trying to gather himself before getting on the bike. With the pregnancy test in hand and sporting a rather large grin, I thought he would catch on easily. But his morning state prevented him from fully understanding the situation. “We’re pregnant”, I said, to which he responded “What?!” followed by silence and a look of shock for a few minutes. Things just got real.

This tone has carried through our pregnancy thus far and we both couldn’t be more excited and ready to embrace this new season.

Being the dedicated person that he is, he proceeded to get on his stationary bike for his training session. I kind of wrote the day off, because who continues with daily life when you get that kind of news? Clearly Chris does. When he got home from work that evening, his demeanor had changed from quiet and pondering to resolved and excited. This tone has carried through our pregnancy thus far and we both couldn’t be more excited and ready to embrace this new season.

We decided to wait until after our 7 week scan to tell the parents and siblings. That meant waiting two weeks! This was one of the hardest things for me as I am really close to my family and we communicate regularly. Luckily this time was broken up by a one week holiday that allowed Chris and I to revel in it together. I say revel, but morning sickness had kicked in hard that week and although I managed to avoid throwing up, the nausea was real and ALL. DAY. LONG. It was worse when I had an empty stomach and so as long as I had snacks on hand, it was manageable. Stay tuned for part 2 of this post to read about my cravings and what I managed to stomach those first few months.

A few days after we got back from our trip, we saw our obstetrician who confirmed the pregnancy and foetal age through an intravaginal ultrasound. Yes it is as uncomfortable as it sounds but being able to hear the heartbeat made it 1000% worth it. The doc claimed us to be 7 weeks at the time of that scan although a later scan confirmed we were further along at that point. Anywho, we thought 7 weeks was a good time to tell our parents and siblings! 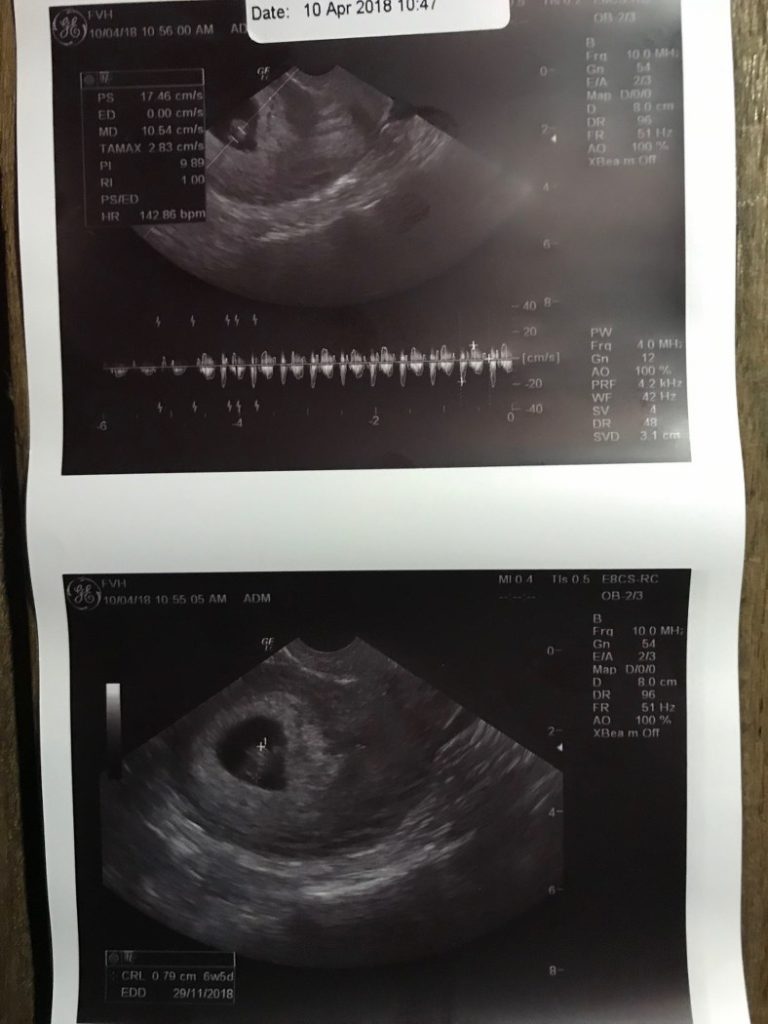 We arranged the skype sessions that evening, we would call my parents first and then Chris’s. The reveal was fantastic. My parents and sister were all huddled around the computer as Chris and I showed them the picture of the ultrasound without saying anything. My sister got it right away as I could see by her facial expression, my Mom got it next but didn’t want to say anything in case it wasn’t what she’d been hoping for for years. Finally my sister said “Is it an ultrasound?” and my Dad grinned. He finally saw it. My Mum then asked if we were pregnant to make sure it was that kind of ultrasound and we weren’t breaking some other less exciting news to them. I nodded and both my sister and Mom got emotional. Standard. Dad started clapping and grinning and kept saying well done. Well done? Not sure how to respond to that kind of well wish. Well done for what?

I wouldn’t be surprised if my Mom had been looking at tickets before we ended the skype call.

Anyway, everyone was super excited and asking all the usual questions. They all decided then and there that they’d be flying over to Vietnam to meet the baby in November/December. I wouldn’t be surprised if my Mom had been looking at tickets before we ended the skype call.

Chris’s parents were equally as excited. We called them straight after my parents’ call and followed the same sequence. Chris’s Dad asked if the picture we were showing them was a rose followed by Chris’s Mom saying “Don’t tell me it’s an ultrasound” to which we responded with a grin and a nod. They both squealed and laughed and Mom proceeded to tell us about a cashier who served her the day before and called her “gogo” which means granny in Zulu. At first she was offended but we now know it was prophetic.

We told Chris’s two siblings the next day. They are both highly animated and excitable individuals on a regular day. You can imagine their reactions to the news. We couldn’t have asked for better responses from all the family. Having their support, excitement and enthusiasm has made this experience even more amazing.

Although this was such an exciting time, the first trimester definitely came with its challenges. Stay tuned for part 2 where I dive into the trimester one challenges, joys, cravings, nutrition and exercise.

Until then my friends, keep well.